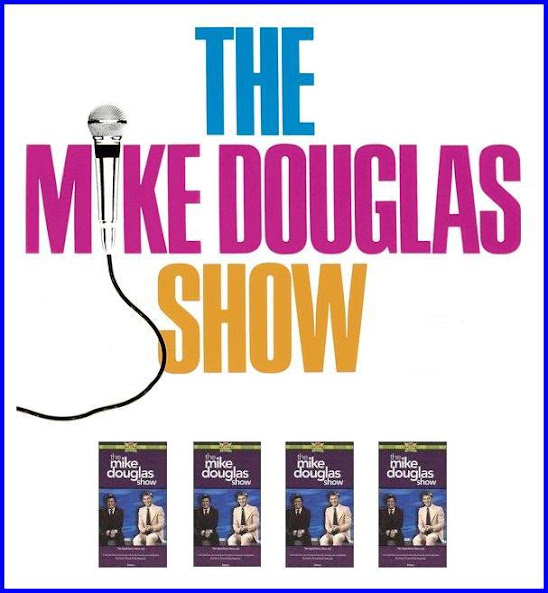 
From Wikipedia:
"The Mike Douglas Show started December 11, 1961, in Cleveland as a local show on Westinghouse's KYW-TV (now WKYC-TV). .... In July 1963, [it] was syndicated by Westinghouse to all five of its owned-and-operated stations. By 1967, the show was available in 171 markets and seen by an audience of six million viewers a day.

The program featured light banter with guests and musical performances. Instead of an opening comedic monologue..., Douglas, given his vocalist background, would begin each show by singing a popular song for the audience.

Each week would have a different co-host who would appear every day with Douglas. The program was initially aired live on KYW-TV, but after Zsa Zsa Gabor in 1965 called Morey Amsterdam a "son of a bitch", the program then aired on a one-day tape-delay basis. ....

In August 1965, the show moved from Cleveland to Philadelphia to a small basement studio located in the KYW-TV building at 1619 Walnut Street. This studio held 140 seats.

In July 1972, the show moved to a new studio in the newly-constructed KYW-TV studios at 5th and Market Streets in Philadelphia. ....

During much of its time on the air, it remained strong in ratings, consistently finishing among the most popular daytime television shows nearly every season. Douglas took the success lightly. He made a surprise visit to the set of Match Game in 1976, a competing show which managed to score higher ratings than Douglas' program during the mid-1970s, in order to congratulate host Gene Rayburn on making the game show the #1 daytime TV show.

This video gives us the excellent Mike Douglas program that was originally recorded on July 20, 1977 (and broadcast one week later, on July 27, 1977). And it's really quite remarkable how many guests Mike was able to cram into just one show. Of course, the longer 90-minute time slot no doubt helped in this regard.

On this show, Mike welcomes three relative newcomers to the Hollywood acting scene -- three actors who were starring at that time in a blockbuster movie called "Star Wars". Mike first brings out young 20-year-old Carrie Fisher, and then later introduces two of the film's other stars -- Harrison Ford (age 35) and Mark Hamill (who was 25 years old at the time).

Unlike the very short interview segments we now see on the morning shows and on some of the nighttime talk shows, the interviews on "The Mike Douglas Show" were given more time to breathe.

These candid interviews with the trio from "Star Wars" are quite interesting to see and hear, especially considering the fact that this program was done in 1977, right at the same time that "Star Wars" was playing in movie theaters. At the time of this show's filming, it was still to be another three years before the first "Star Wars" sequel ("The Empire Strikes Back") would be released. This program is indeed, as stated on the video's box, a true "Time Capsule Classic" from nineteen hundred and seventy-seven.

In my opinion, these interview segments with the "Star Wars" cast members would have been an ideal bonus feature to add to the "Star Wars Trilogy" 4-Disc DVD set, released in September 2004.

I'm sure a lot of SW fans would enjoy these casual interviews, wherein we can see these actors as they looked at the time of the movie's original release, and at a time when none of them as yet had been engulfed with "super stardom".

Other guests on this Mike Douglas Show include Richard Thomas (from "The Waltons" TV series, who was Mike's "co-host" for that week), singer Billy Paul, Cincinnati Reds' baseball greats Pete Rose and Tom Seaver, and a mime troupe from Europe called "Mummenschanz".

The segments with Pete Rose and recently-acquired Reds' pitcher Tom Seaver are also very revealing. Pete and Tom discuss free agency, the National League pennant race, and Seaver's controversial trade from the New York Mets. Seaver had been a life-long Met up until just one month prior to this TV program, when he was dealt to the Cincinnati Reds on June 15, 1977, in a trade that did not have most Mets' fans jumping for joy.

Cincinnati definitely made a good trade to get "Tom Terrific", with the Reds dealing pitcher Pat Zachry, reserve infielder Doug Flynn, and minor-league outfielders Dan Norman and Steve Henderson to New York to acquire the services of the three-time Cy Young Award winner. (Seaver won the Cy Young prize with the Mets in 1969 [the year the "Miracle Mets" won the World Series], 1973, and again in 1975.)

Seaver had his best years as a New York Met, but he did fairly well in his Cincinnati days too, including a league-best 14-2 record in 1981. '81 was the crazy year of "The Strike" and the "Split Season", which had Cincinnati, incredibly, owning the best record in Major League Baseball (at 66-42), but the Reds still failed to get into the post-season because they finished in second place in each half of the split-season. Talk about a frustrating year, 1981 was it. :(

Slugging American League outfielder Reggie Jackson once said this about Tom Seaver -- "Blind men come to the park just to hear him pitch." 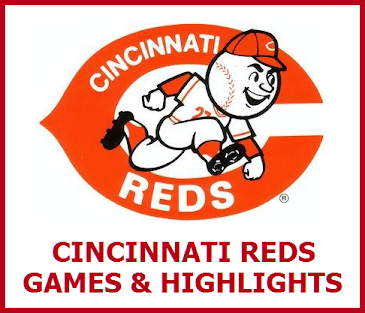 Local television programming in Cincinnati from the 1950s to the early 1980s was quite innovative, in fact, and featured quite a few unique and colorful characters -- e.g., Ruth Lyons, Bob Braun, Ruby Wright, Uncle Al, Bob Shreve, Skipper Ryle, "The Cool Ghoul", Cliff Lash and his orchestra, among still others.

Another Cincinnati-based daytime program from that era that I can easily recall is "The Paul Dixon Show" (which was quite hilarious at times). Anyone who lived near Cincinnati in the 1960s can also probably recall tuning in to the sometimes crazy antics of Mr. Dixon on weekday mornings. (Remember the "Chicken Wedding"?)

It's a shame that many of these "local" TV programs will probably never see a viewing audience again, either via reruns or a home-video release. Many of these shows are lost forever I fear.

Some of these local programs (like the "50-50 Club") would occasionally feature some very good guest interviews with famous celebrities. Among the well-known stars that would drop by to visit the live set of the "50-50 Club" included Bob Hope, Jerry Lewis, Ronald Reagan, Liberace, Red Skelton, Roy Rogers, Rod Serling, Jesse Jackson, and the Cincinnati-born Doris Day. In addition, just about every Cincinnati Reds' baseball player of the era probably put in an appearance or two as well. Not half bad for a local daytime TV show.

Below are eight screen grabs from this program: 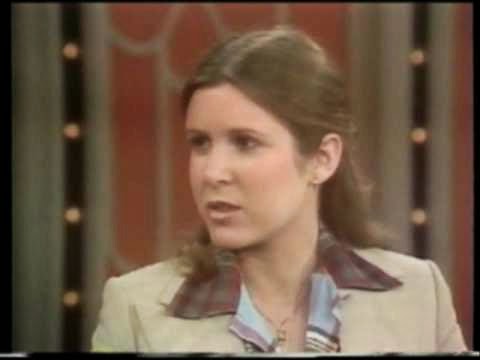 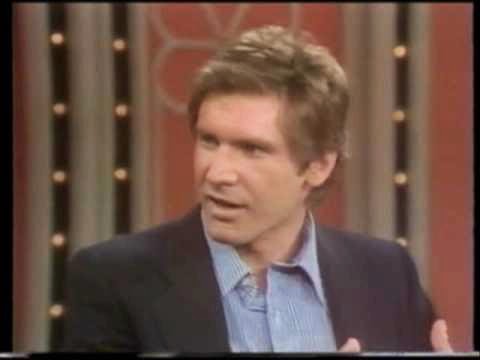 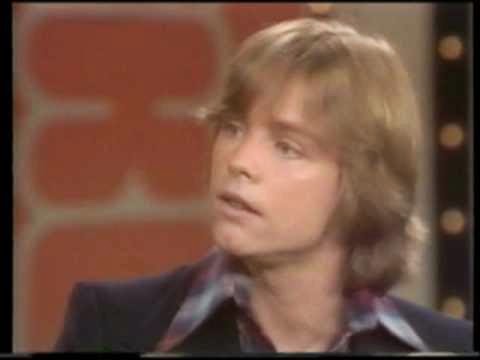 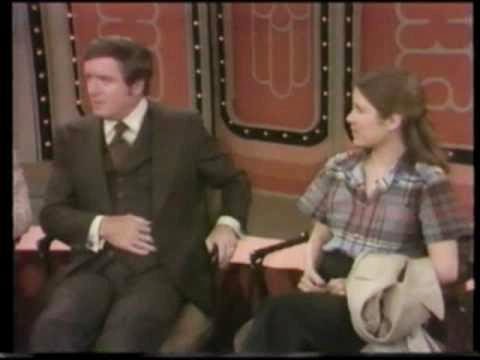 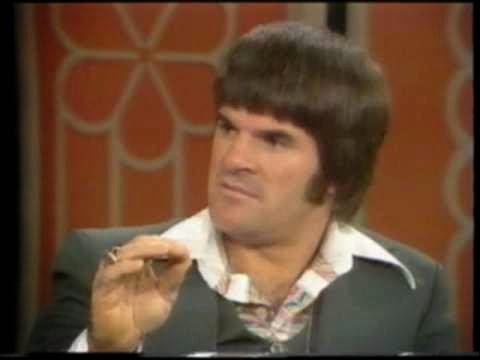 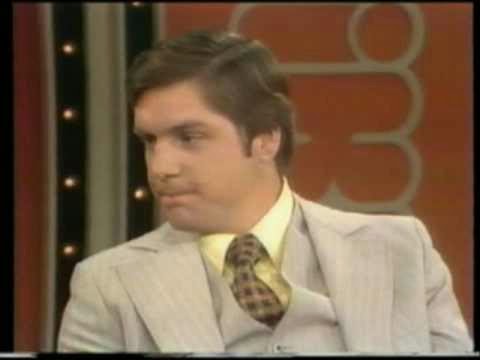 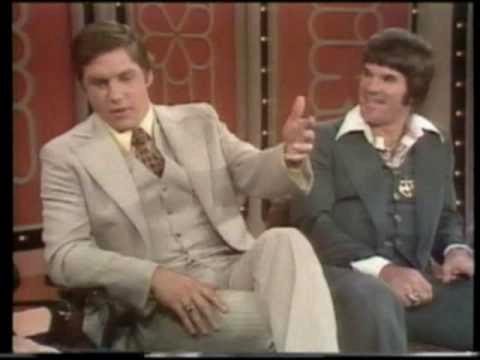 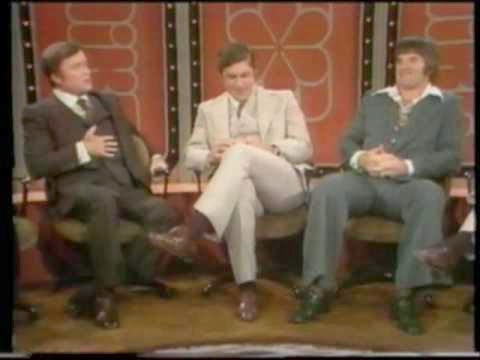 The segments of this Mike Douglas Show with the "Star Wars" cast members and
with Tom Seaver and Pete Rose can be seen in the two videos embedded
near the top of this blog, or by clicking the links below:


FINAL THOUGHTS:
If you can recall tuning in to "The Mike Douglas Show" when it originally aired many years ago, then I think you'll appreciate this videotape, which will immediately transport you back to July 1977, when talk shows featured better-quality (and longer) interviews and were also a bit more on the "quiet" side, lacking the constant and annoying "hoots and hollers" of a Jay Leno type of studio audience.


MORE REVIEWS OF TV SHOWS
(AND A LOT OF OTHER STUFF): 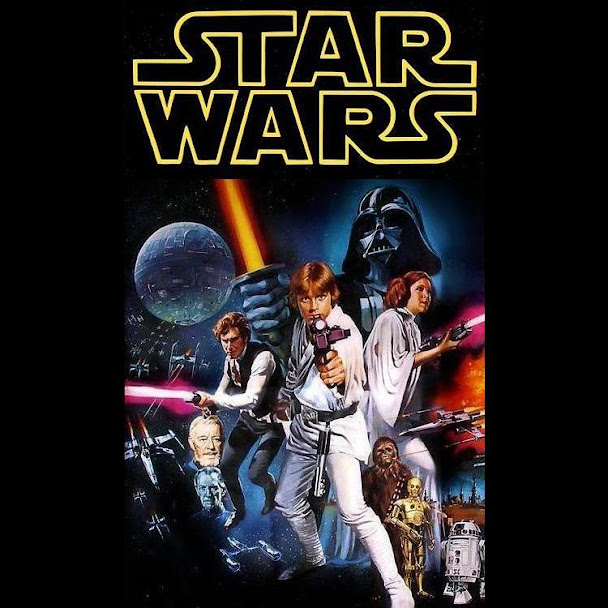